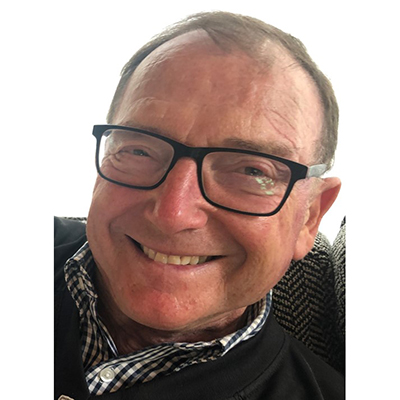 Alain Kornhauser is Professor of Operations Research & Financial Engineering at Princeton University. He studied Aerospace Engineering at Penn State where he obtained a BS and MS and Princeton, earning a PhD. In 1971 he joined the Aerospace Engineering faculty at U of Minnesota where he applied automation, network analysis and optimal control to the design of Personal Rapid Transit (PRT) Systems.  He returned to Princeton in 1972 continuing and extending his pivotal work to more conventional forms of transportation. In 1979 he founded ALK Technologies, Inc. to help the private North American Railroad System emerge from bankruptcy by rationalizing its network structure and transitioning to emerging computer technology.  ALK created the standard digital map database and computerized routing systems that continue to be relied upon by essentially all railroad and trucking companies in North America.  He transitioned this technology to the consumer marketplace where he pioneered the development and market acceptance of turn-by-turn navigation systems. After 33.5 years, he sold ALK to Trimble Navigation in December 2012.

At Princeton, Prof. Kornhauser is in his 50th year on the faculty. He serves as Director of the Transportation Program where he continues his basic research in Transportation focused on the real-time operation of large fleets of driverless vehicles and on the development of Deep-Learning Neural Networks that safely drive road vehicles. He was the Faculty Leader of Princeton’s entries the 2005 DARPA Grand Challenge and 2007 Urban Challenge. He is particularly focused on the use of aTaxis to deliver Equitable, Affordable, High-quality Mobility to everyone, especially economically challenged households. He is Faculty Chair of Princeton Autonomous Vehicle Engineering (PAVE), Editor of the Smart Driving Cars Newsletter (www.SmartDrivingCar.com), Co-host of the SmartDrivingCar Podcasts, Organizer of the Annual Princeton SmartDrivingCars Summits, Board Chair of the Advanced Transit Association (ATRA), Board Member of the New Jersey Commission on Science, Information and technology, and a member of New Jersey’s legislated Autonomous Vehicle Task Force.  In addition to his teaching and research duties he serves as the ORFE’s Department’s Director of Undergraduate Studies.  Professor Kornhauser completed 14 NYC Marathons.